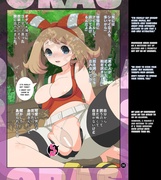 English, Decensored
Mediafire
4shared
Posted by Belldandy100 at 2:45:00 AM No comments:

Multiple images have variants since the original art uses copious amounts of liquids as a form of atypical censoring. The variants reduce the liquid so that you can see detail underneath.
Posted by Belldandy100 at 1:46:00 AM No comments:

4shared
There are no sample images for this one because Google deems it as "encouraging inappropriate behavior" and it "violates their terms of service" (a catch all phrase whenever they want to justify taking anything they want down.  For clarity, it was not violating their terms of service.  They made that up.)
Apparently hand drawn images and real life images have no distinction in the eyes of Google that preaches openly about how it values freedom of expression.  The supreme court has covered similar cases and has always ruled that it is free speech.
I'm sure that they ban all comic book heroes too then since they all encourage vandalism and vigilant justice. /s
Apparently merely seeing an image of something is thereby "encouraging" it and people are unable to control themselves.
It's a tired and old stigmatization of sexual content that is clamped down on much more heavily than say violence.  You can monetize and have ads if you have images of cartoon violence and on TV it even gets a rating of PG so children can watch it, but sexual content you can't monetize here and you have to deal with threats of bans and other headaches like this.  And if you've been dealing with this stuff as long as I have, face multiple bans on multiple platforms, all for arbitrary reasons.  Every time I ask for specific clarification on which part of the terms of service I violated, I get no response because they know it's arbitrary.
Since Blogger is owned by Google, I acknowledge that if they wanted to, they could take anything they want down.  I just wish their terms of service were clearer because I go out of my way to not violate them.  But I'm not a mind reader.  I can't predict what will trigger their algorithm.  I've posted multiple times on things many would consider in the realm of loli-con without issue up to this point. (on blogger anyway).  But for some reason this did get flagged, proving it's arbitrary nature.  Somewhat comically, they were fine with the download links but not the sample images.
It's just another reminder that everything that you put online is scanned, reviewed and judged whether it's appropriate or not.
And if for some reason the blog suddenly disappears, you'll know why.
Wouldn't be the first time either.  I always get banned on every platform eventually because of society's archaic carryover beliefs from conservative Protestant Catholic "values" from the middle ages that anything sex outside of marriage is a no-no.  To be a little fair, blogger has given me the fewest problems of any platform, but I'm concerned that they may be getting stricter.
Most of you reading this probably have the same beliefs as me, but if something is drawn, no matter what the content, it is covered by the first amendment and can't be deemed illegal in any circumstance.  A drawing is a physical representation of a person's thoughts, meaning to ban it is equivalent to criminalizing a thought crime.  If we are doing that then the first amendment is just window dressing and is non existent.  If you ever have a thought that is deemed unacceptable to the eyes of a corporation then good luck trying to express it since they control all the platforms.
Apologizes for the the mini-rant.  Everyone once in a while I got to vent.
Posted by Belldandy100 at 1:48:00 AM 2 comments:

English, Decensored
Mediafire
4shared
Posted by Belldandy100 at 1:23:00 AM 2 comments:

This doujinshi uses a lot of..."unconventional" censoring so most of the images are less decensors as they are redraws.  You get the idea from the sample images.
English, Decensored
Mediafire
4shared

Japanese, Decensored
Mediafire
4shared
Posted by Belldandy100 at 12:50:00 AM No comments:

Japanese, Decensored
Mediafire
4shared
Posted by Belldandy100 at 2:47:00 AM No comments:

I was commissioned to do the first section of this doujinshi up to page 34.
Just a word of caution, the protagonist is one messed up dude, even by Xration standards.
Posted by Belldandy100 at 4:01:00 PM 4 comments:
Older Posts Home
Subscribe to: Posts (Atom)